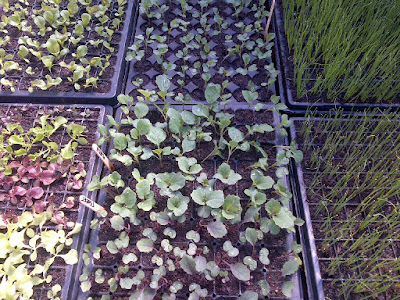 Happy Sunday Farm Friends!  The sun is just coming around the spruce trees here to give the seedlings in the hobbit house some well-deserved warming after a couple of chilly nights near the lake.  Our bird feeders have seen two new hungry mouths grace us with a visit too this weekend - a house finch, and a very showy rose-breasted grosbeak.  I'm not sure who made more noises of glee when they appeared - the intrepid kitten-kitten or yours truly.  And our seed potatoes have hit the road!  Some are travelling east from central Alberta, and some are travelling west from PEI.  For some reason I'm really enjoying picturing them bumping along in their respective Canada Post trucks, getting ever closer to our little hamlet.  They will arrive this week, and if the weather looks amenable, will get plopped fairly immediately into the garden!

I promise a longer post soon....but wanted to share quickly before heading to the farm for the afternoon that we've received our market start date now....and its going to be Saturday May 12th!  On the veggie front it will be a bit of a "soft open" given the cool, grey (and let's not forget icy icy icy) weather this month slowing things down a little, but that sun is getting higher in the sky by the day now so things should start growing noticeably better.

Hope you can all enjoy a little bit of fresh air today, and looking forward to sharing more of the happenings of Fairmeadow Farm in more detail soon.  :O)

Posted by Fairmeadow Farmer at 11:25 AM No comments: 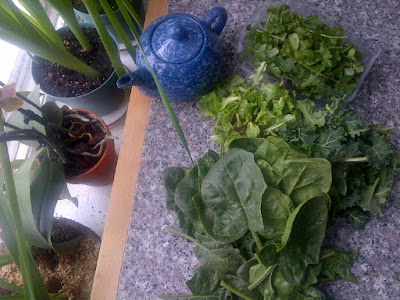 Hi friends!  Between pots of tea and reveling in our first fresh salads of the spring I have finally managed to post information about Fairmeadow's Summer and Fall Market Shares for the 2018 season!  Things will work very similarly to last year - with one exciting difference being we're starting back at The Market in London earlier this time around (sometime in May...yay!), so will be able to share the goodness tumbling out of the garden with you over a longer season.  AND!  At long last, we also have some extra cushy growing space offered by our two caterpillar tunnels in the field.  Many of you will know how long and patiently this farmer has waited to be able to have tunnels again.  Sooooooooo long and sooooooooo patiently.  While there have been both minor missteps and major catastrophes in Fairmeadow's last five relatively nomadic years, it remains a miracle -for which I will be forever grateful- that somehow, without even one square foot of plastic covered field tunnel, we have grown as much food as we have, often right into January.  I just cannot even fathom what we should be able to do with two of these beauties. 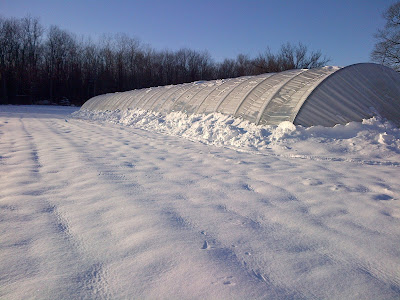 The snow has for the most part melted since I took this photo, although we've had a gentle dusting again this afternoon.  Enough that the kitten-kitten opted to come inside and nap while I type.  I seeded some podding peas last Thursday, and the first round of green things on Saturday (scallions, swiss chard, kale, little lettuces, and bok choy).  Being the clever feline that she is, it didn't take her long to realize this means the seedling heat mats have been turned back on....her favourite place to doze when they're warm.  While I am overjoyed that everything is sprouting already, kitten is a little put out that she's been relegated once again to her mat in front of the wood stove so she doesn't crush the precious plants.  Life is just so hard sometimes.

I have clearly taken a very notable break from writing regularly in this space, but I do hope sometime to get back to it.  In truth I've been having a years long internal debate about social media use in general - even for the farm, let alone for myself ... just how to engage with it in a way that doesn't bring out my absolute worst tendencies as a human person.

One of the things that most drew me to community supported agriculture was directly participating in reconnecting people with their food ...and to reconnect the hands and heads and hearts of the people that both grow it and eat it...like, in person, best case scenario right smack dab in the middle of the dirt.  I think being able to share our words and worlds as easily as we can with each other can be so powerfully good, but its also just so, so easy to curate our lives online as well, so that the lens through which we see each other becomes completely distorted.  Its all the hard things that can get left behind, and I think that fosters a lot of unhelpful insecurity and doubt, at least for me, a solidly insecure and self-doubting person.  Not to mention we're giving over a lot of ourselves to the entities that facilitate the sharing, which makes me a little nervous too.

While I continue to mull it all over, and figure out some better ground rules for myself, Fairmeadow might just continue to be the tiny farm with the antiquated blog and nonexistent social media presence.  I'm okay with that for the moment (because the vegetables themselves should count for a lot, shouldn't they....I mean can you really be nourished without actually eating them?), although I do want so much to try telling the story of this farm as it keeps on trying to grow into itself.  In the meantime, I hope that I'll get to see many of your wonderful faces, in person, before too long.

And p.s. To my beloved Torontonian members of years past, I really am trying to figure out if I can once again get some veggies to the city for you this fall.  Keep an eye out for a non-savvy email about that at some point.  ;O)

Posted by Fairmeadow Farmer at 7:12 PM No comments:

Well, look at you! 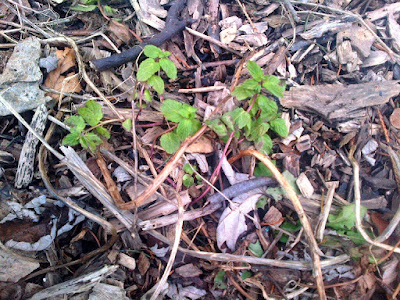 The enormous snowbank beside our door has only just disappeared, but yet here you are, little peppermint, trying to get your grow on!  Hats off to you, our indestructible friend!  ;O)  Clearly this means it is time for this farmer to finish repairs on the hobbit greenhouse and get some vegetable seedlings tucked in there.  So that is what I shall do.

Posted by Fairmeadow Farmer at 12:54 PM No comments: 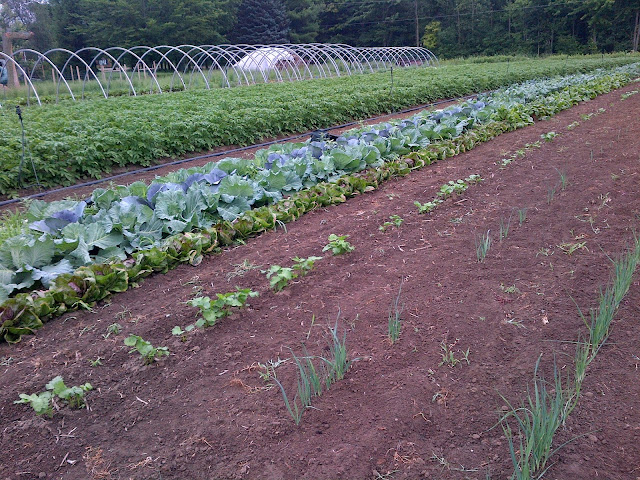 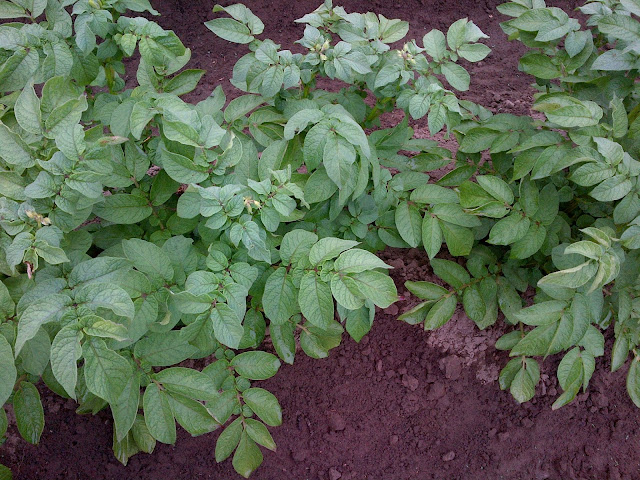 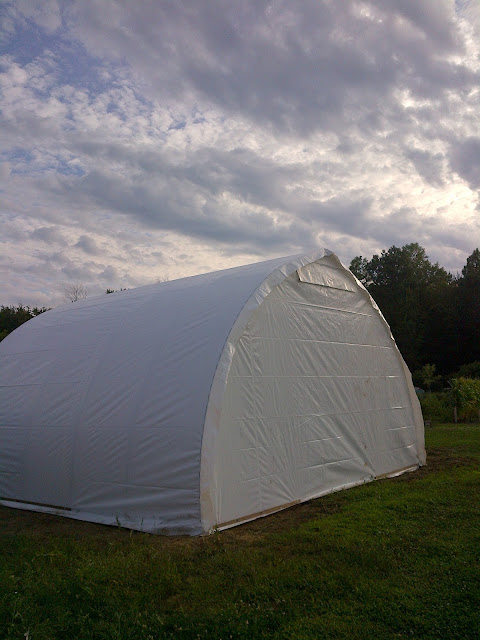 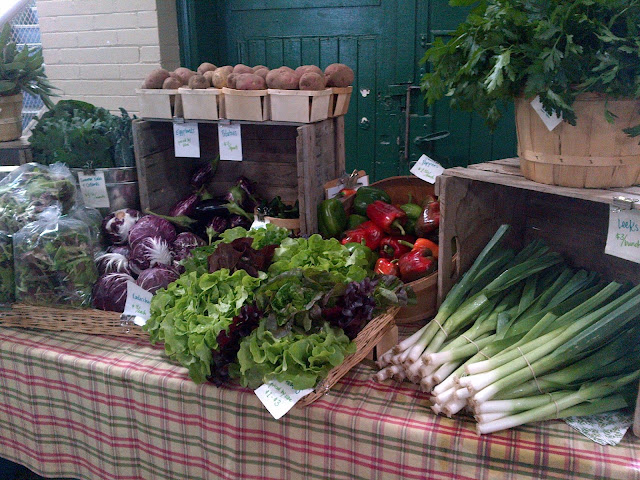 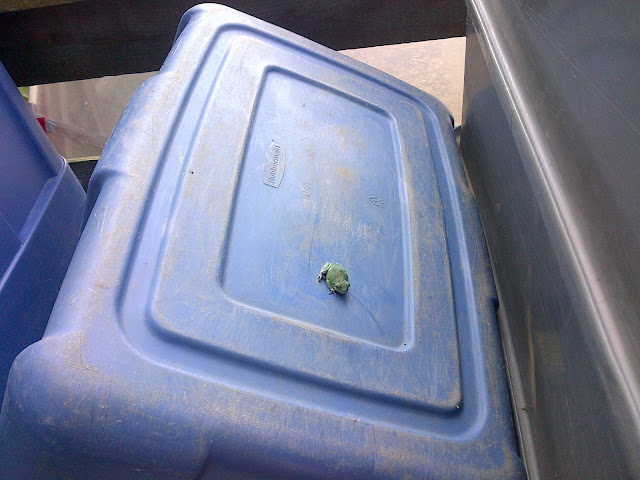 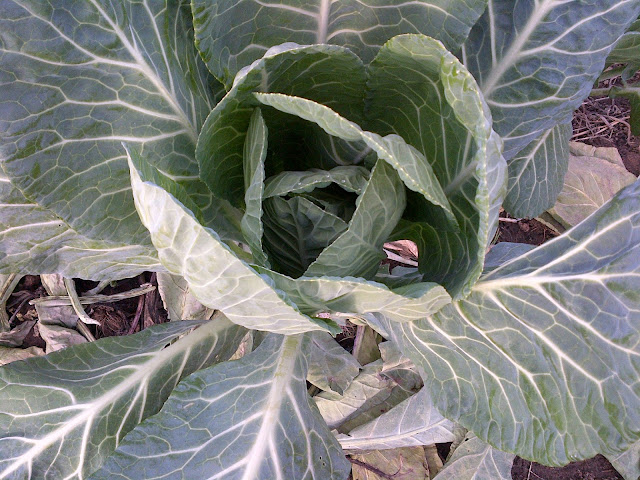 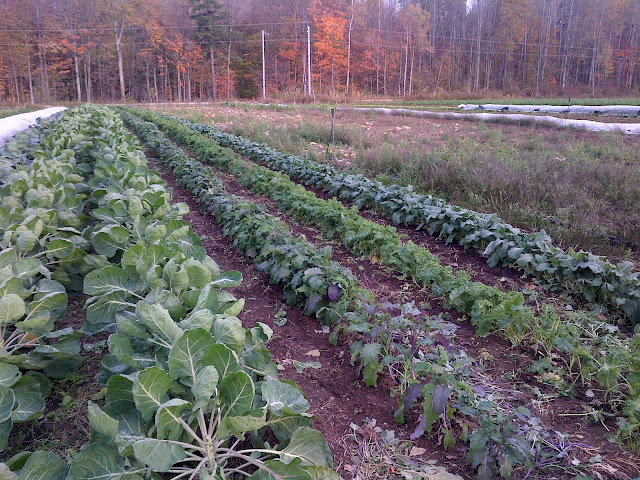 Posted by Fairmeadow Farmer at 2:23 PM No comments: 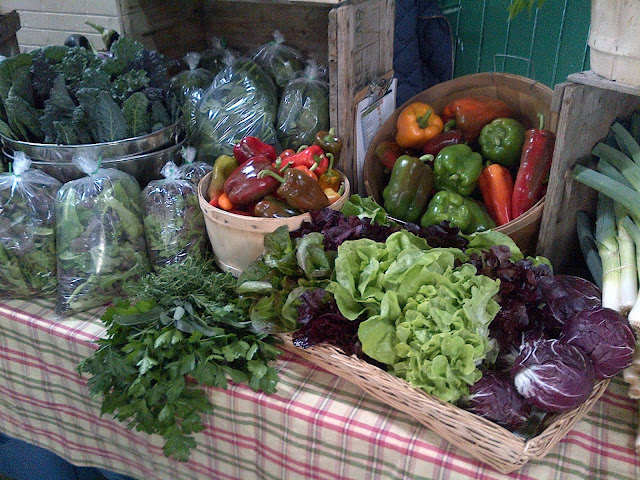 Just a reminder that our yummy (and now recently frost-kissed!) vegetables can be found for sale every Saturday at The Market at Western Fair District, from 8am - 3pm.  They hope to see you soon, even just to say hello, but also of course to maybe hop themselves into a bag so they can go home with you!


Posted by Fairmeadow Farmer at 2:17 PM No comments:

Spring is finally springing all over the place at the farm! The garlic is shooting up noticeably every day, the compost pile is steadily shrinking as we spread its nutrients around the garden, and we're seeding roots and greens galore in the warming sun.

We'll be back Saturdays at The Market at Western Fair District starting on May 12th, 2018!

Tales of one small farmer growing an acre or two of particularly yummy organic vegetables, while wrangling her thoughts and words and a few more acres into ecological coherence.